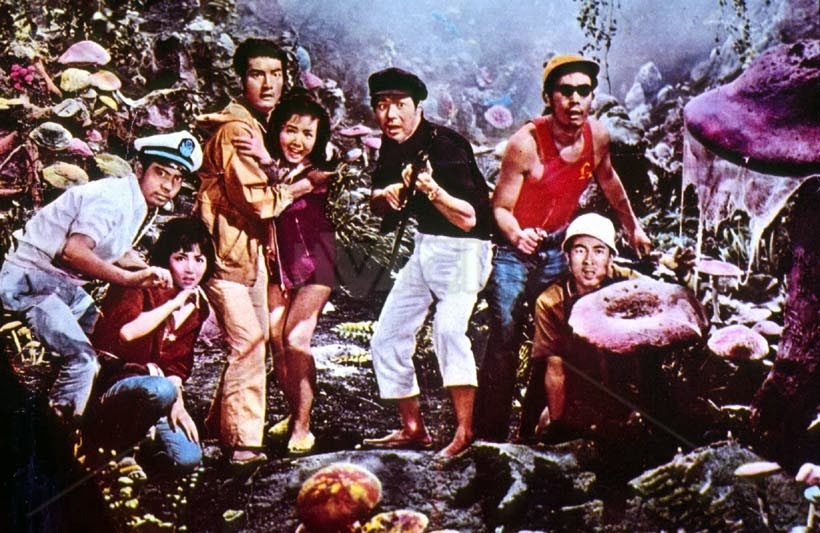 MATANGO: ATTACK OF THE MUSHROOM PEOPLE

In “one of the most atmospheric horror films to ever come out of Japan”, a psychiatric hospital inmate tells his experience of being part of a group of castaways who survive a shipwreck and are stranded on a mysterious island. The only source of food available appears to be an exotic variety of mushroom that quickly becomes addictive. Inevitably, the fungus transforms those who have eaten it into giant, mushroom-monsters!

Directed by Ishiro Honda, MATANGO is an unexpected fantasy with unusual themes that truly draws audiences in. Once released in America, the campy film gained a following from Asian cult cinema aficionados. However, this cult favorite still reflects truths regarding humanity’s greatest shortcomings like greed and envy.