THE ISLAND OF CATS 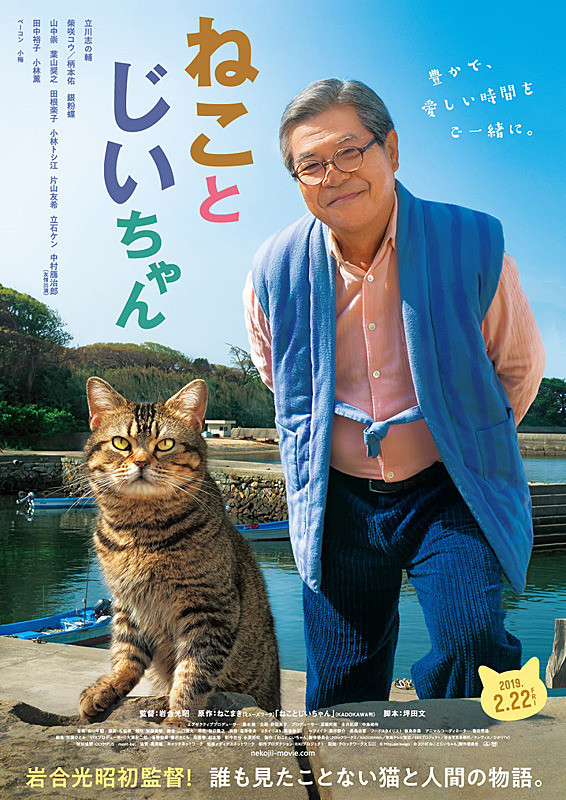 Adapted from the hit manga, “Nekomaki”, THE ISLAND OF CATS follows the life of a country tabby cat, Tama, and his human servant, Daikichi, living on an island of cats. Daikichi is a seventy-year-old widower enjoying a quiet, routine life until an island newcomer opens a modern cafe encouraging Daikichi and Tama to indulge in new culinary adventures.

THE ISLAND OF CATS was directed by Mitsuaki Iwago, an animal photographer debuting his first film. The film adds to the newly established Japanese genre about cats and their humans, and overall feel-good movies, showing how important the furry creatures are to their humans. This film will tug at your heartstrings and make you go “aww!”