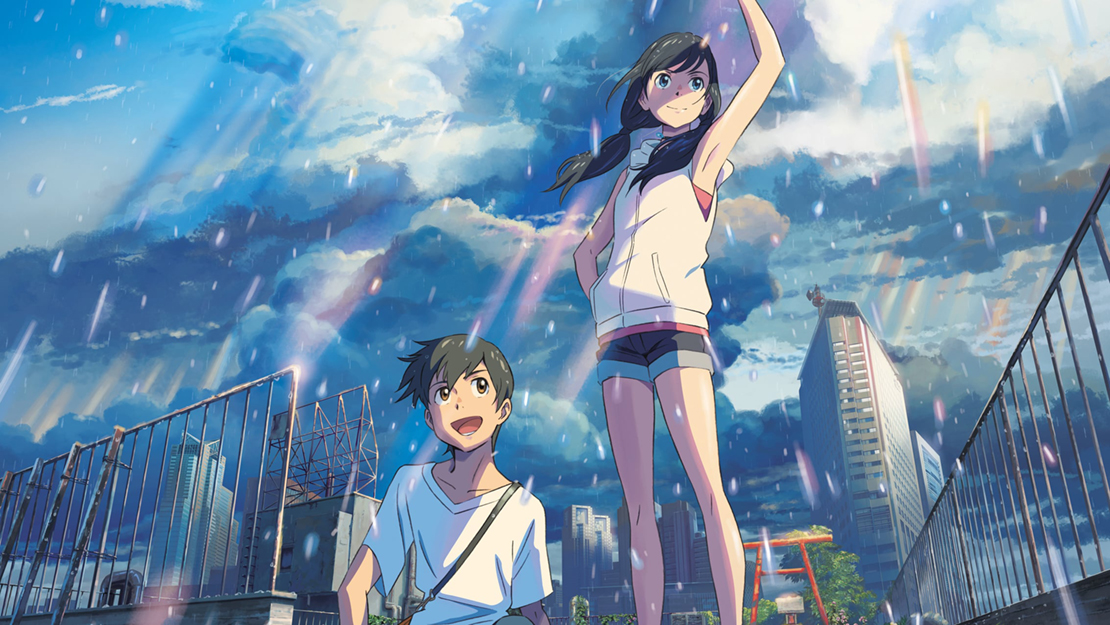 A Film By Maktoto Shinkai
Japan, 2019

The summer of his high school freshman year, Hodaka Morishima, runs away to Tokyo during a period of endless rain in Japan. After struggling to find work, a past encounter offers him a position at a small publishing company where they end up investigating the urban legend of the “weather maiden” who can control the weather. Little did Hodaka know, he had already met her.

Written and directed by Maktoto Shinkai, this romantic fantasy presents breathtaking visuals and a compelling story. WEATHERING WITH YOU was selected as the Japanese entry for Best International Feature Film at the 2020 Academy Awards. Soon after the film’s release, Shinkai finished his novel adaptation of Weathering with You which then was adapted into a manga illustrated by Watari Kubota.